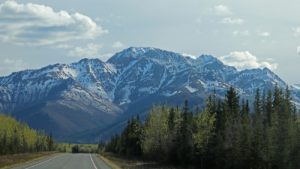 Applications are being accepted now through Dec. 29, 2025 for the program, which provides the opportunity for eligible Vietnam-era veterans or their heirs to select 2.5 acres to 160 acres of federal land in Alaska under the 2019 John D. Dingell, Jr. Conservation, Management, and Recreation Act. The program is open to all eligible Alaskan natives who served in the United States military between Aug. 5, 1964 and Dec. 31, 1971, and it removes the requirement for personal use or occupancy mandated under previous laws, according to the federal Bureau of Land Management.

“I worked hard to ensure that our Alaska Native Vietnam veterans were able again to select land through my Dingell Act. Unfortunately, due to opposition from some of our colleagues in the lower 48, much of the land that was made available was undesirable — it was far away from population centers, and difficult to access, often only by plane and boat,” Rep. Murkowski said on June 8.

And while Congress recognized that the selections would be tough, Rep. Murkowski said that’s why lawmakers asked the U.S. Secretary of the Interior to study whether additional lands should be made available and to make a recommendation to Congress.

Following a study by the U.S Fish and Wildlife Service that found land suitable for selection and a subsequent recommendation from the Secretary of the Interior, an additional 3.7 million acres of federal land in the National Wildlife Refuge System would be included in the allotment program under the Alaska Native Vietnam Veteran Land Allotment Fulfillment Act of 2021, S. 1951, which Sen. Murkowski introduced on May 27 with cosponsor U.S. Sen. Dan Sullivan (R-AK).

“We should not place such an expensive and unnecessary burden on them to access lands that they are owed,” said Sen. Murkowski. “The lands opened by this new legislation will mean more options and selections could be made closer to where the veterans lived or traditionally hunted. These veterans deserve no less.”

The bill has been referred for consideration to the U.S. Senate Environment and Public Works Committee.