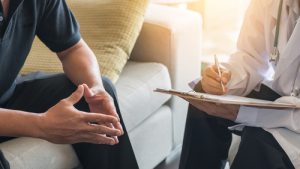 “As a doctor, it’s clear mental health and physical health are linked,” Sen. Cassidy said. “In 2016 and 2020 we passed legislation taking steps to ensure Americans with mental illness have the same access to treatment for both. This bill strengthens accountability and enforcement to build on those efforts.”

Specifically, the measure builds upon the Mental Health Parity Compliance Act of 2019, which Sens. Cassidy and Murphy introduced in June 2019 and which was signed into law in December 2020 by the president. The law improves transparency and accountability to help consumers have access to mental health and substance use services included in their plans, and strengthens compliance with mental health parity laws by requiring issuers or plans to submit comparative analyses upon request from federal oversight agencies, according to information provided by Sen. Cassidy’s staff.

“Now, more than ever, it is imperative we provide crucial support for the millions of those struggling with mental health or a substance use disorder in our country,” said Rep. Fitzpatrick, co-chairman of the congressional Bipartisan Mental Health and Addiction Task Force. “A crucial part of this mission is ensuring that our mental health and substance use disorder parity laws are being enforced.”