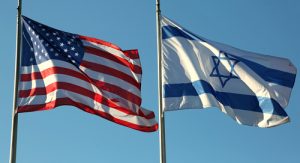 The House of Representatives on July 14 voted 329-101 to pass the fiscal year 2023 National Defense Authorization Act (NDAA), which includes a bipartisan amendment offered by U.S. Rep. Brian Mast (R-FL) to sanction any entity that aids and abets the designated terrorist organization Hamas.

“Hamas is responsible for the deaths of hundreds of Israelis and at least two dozen Americans. Any person, group or government who supports Hamas is complicit and should not be rewarded,” Rep. Mast said. “This amendment is a powerful statement that we stand with our ally, Israel, and that the rest of the world must pick a side: freedom and democracy or violence and oppression, the U.S. or a terrorist organization.”

Rep. Mast’s amendment would require the president to identify foreign persons, agencies or instrumentalities of a foreign state who knowingly and materially assist Hamas, the Palestinian Islamic Jihad, or an affiliate or successor of one of those organizations, according to a summary provided by the congressman’s staff.

Once identified, the president must impose upon those organizations at least two sanctions, including denying export-import guarantees, defense support under the Arms Export Control Act, export of munitions, export of goods or technology controlled for national security reasons, loans of more than $10 million, or seizure of property held within the United States, the summary says.

The amended NDAA now advances to the U.S. Senate for consideration.