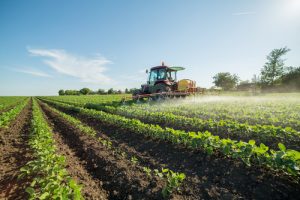 In a July 14 letter that Sen. Fischer and 28 of her Republican colleagues sent to President Joe Biden, the lawmakers requested that he invoke his authority to waive duties on fertilizer imports that were imposed on phosphate fertilizer products from Morocco. They also asked Biden to place a moratorium on any new duties on urea ammonium nitrate fertilizer from Trinidad and Tobago.

“As you know, America is facing a serious supply shortage of fertilizers, leading to record high fertilizer prices,” wrote Sen. Fischer and her colleagues. “Coupled with inflation at the highest it has been in 41 years and a Consumer Price Index for food up 14.6 percent, the rising cost of fertilizer will increase food insecurity and geopolitical tension domestically and abroad.”

The lawmakers noted that duties on some of America’s most reliable trading partners “is the last thing we need amid a global food crisis,” and they asked the president to provide farmers with immediate relief from the inflationary tariffs. “The bottom line is that fertilizer is critical to national security and national defense,” Sen. Fischer and her colleagues wrote.

In another letter, Sen. Fischer joined 18 GOP members in requesting that Doug McKalip, senior advisor in the Office of the Secretary of the U.S. Department of Agriculture, initiate conversations about trade agreements, refresh old agreements and open new avenues of trade to help U.S. producers at home.

Sen. Fischer and her colleagues requested that if McKalip is confirmed as the chief agricultural negotiator at the Office of the United States Trade Representative (USTR), to commit to working to enforce, enhance and grow market access as part of trade negotiations in order to promote U.S. agricultural exports, which they wrote would be critical to achieving much-needed economic recovery.

“Further, if confirmed, we ask that you become an advocate within the Office of the [USTR] for the prioritization and inclusion of market access commitments as part of U.S. trade discussions,” according to their letter. “Our farmers and ranchers are facing uncertain times due to the immense pressure of an exponential increase in input costs. Greater access to international markets for products we export would help alleviate some of that pressure.”