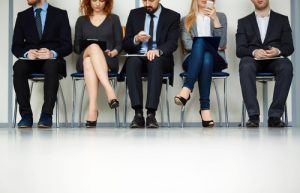 In 1998, Congress required that H-1B employees earn at least $60,000 annually and hold the equivalent of a master’s degree or higher in order to curb abuse of the program.

However, as foreign workers can easily obtain master’s degrees and the $60,000 income level was never adjusted for inflation, the H-1B lottery system has been flooded with applications that draw visas away from highly skilled workers.

The Protect and Grow American Jobs Act, H.R. 5801, would raise the annual salary threshold from $60,000 to $100,000 for H1-B workers to prevent employers from using the program to pay lower salaries and undercut American jobs. U.S. Rep. Scott Peters (D-CA) joined Issa and Smith in introducing the bill.

“First and foremost, this bill is about protecting American jobs,” Issa said. “The high-skilled visa program is critical to ensuring American companies can attract and retain the world’s best talent. Unfortunately, in recent years, this important program has become abused and exploited as a loophole for companies to replace American workers with cheaper labor from overseas. The bill we’ve put forward is simple, bipartisan and will go a long way to fixing one of the many problems with our broken immigration system.”

Smith said that American workers and taxpayers deserve an immigration system that puts them first.