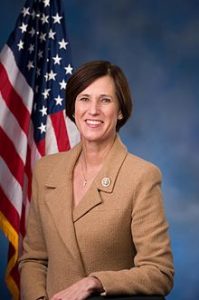 U.S. Rep. Mimi Walters (R-CA) is an original cosponsor of the bipartisan Ensuring Access to Quality Sober Living Act of 2017, H.R. 4684, a bill introduced on Dec. 20 to prevent patient brokering and other scams reportedly occurring at sober living facilities.

Rep. Walters intends to help improve patient care at such recovery residences, which are currently in high demand across America due to the increasing numbers of people suffering from opioid addiction.

“The rapid rise in addiction has drawn attention to recovery housing centers in our community and the methods they use to help patients achieve sobriety and rebuild their lives,” said Walters, who serves on the House Energy and Commerce Subcommittee on Oversight and Investigations.

“Unfortunately, many sober living facilities have engaged in fraudulent behavior and unethical practices that hurt the people that need help the most,” she said.

H.R. 4684 calls on the Substance Abuse and Mental Health Services Administration of the U.S. Health and Human Services Department to develop, publish and disseminate best practices for operating recovery housing to help inform providers, patients and families. Such facilities offer a family-like, shared-living environment free from alcohol and illicit drug use.

Walters’ California colleague U.S. Rep. Judy Chu, a Democrat, introduced the bill, which has been referred to the House Energy and Commerce Committee.

In Walters’ home district of Orange County, Calif., she said opioid abuse is an epidemic where “addiction statistics continue to increase at an alarming rate.”

Since 2005, she said, Orange County opioid-related emergency room visits have increased 140 percent; deaths due to accidental prescription drug overdoses rose 88 percent between 2000 and 2015; and 1.7 million opioid prescriptions were dispensed during 2015.

“I will continue to work to end this growing epidemic,” said Walters.

At the same time, the patient-brokering and insurance-fraud problem in Orange County has been compounded by insufficient numbers of facility inspectors to monitor centers, Walters said, referring to testimony given during a Dec. 12 Oversight and Investigations Subcommittee hearing on the issue.