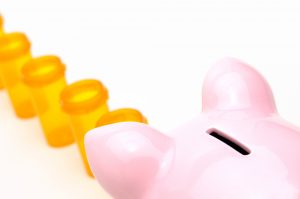 OMB currently is reviewing the proposed Removal Of Safe Harbor Protection for Rebates to Plans or PBMs Involving Prescription Pharmaceuticals and Creation of New Safe Harbor Protection rule, submitted jointly on July 18 by the U.S. Department of Health and Human Services (HHS) and the Office of the Inspector General (OIG). The proposed HHS/OIG rule would alter the use of rebates commonly used during negotiations between drug manufacturers and pharmacy benefit managers.

“The publicly available title of the rule indicates that the action contemplated could be significant in scope, with the potential to dramatically change the process by which prescription drugs are purchased within the supply chain,” the lawmakers wrote in an Aug. 9 letter sent to OMB Director Mick Mulvaney.

“Depending on the nature of the policies contemplated, possible changes could ripple across the healthcare sector, altering a major sector of the U.S. economy that Americans depend upon for their health and well-being,” Rep. Walden and Sen. Hatch wrote. “As such, we ask that you ensure that the proposed rule include a robust regulatory impact analysis prior to clearing it for publication.”

The lawmakers reminded Mulvaney that Executive Order 12866 requires the detailed assessment of any rule considered to have a significant economic impact. They wrote that the OMB review should include “quantification of likely costs and benefits, as well as similar analysis of reasonable alternatives.”

“The possibility that such designation was in question as HHS/OIG submitted it to OMB is concerning,” according to their letter. “A robust analysis of how the proposal is expected to change the interactions between drug manufacturers and insurers, or those who negotiate on their behalf, and the impact on patients and all federal health programs supported by taxpayers is needed to inform public comment.”

Additionally, the lawmakers said the proposed rule also might conflict with antitrust and other statutory provisions that have corresponding regulations.

“It is for these reasons that a transparent, open, and deliberative process that allows for significant Congressional and stakeholder input is paramount,” they wrote.

Rep. Walden and Sen. Hatch requested that Mulvaney ensure the HHS/OIG proposed rule “is in the best interest of patients, the federal programs that provide care for them, and the taxpayers who support them.”