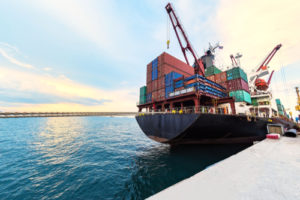 A bipartisan bill introduced on Sept. 29 by U.S. Rep. Brad Wenstrup (R-OH) would improve how tariffs are administered by the United States Trade Representative (USTR) so that American companies receive at least a 60-day warning before retaliatory tariffs are imposed on the goods they’re importing.

“This bill will provide clarity and certainty for U.S. companies, so they are not surprised with a large tax bill on goods they ordered before tariffs were even announced,” Rep. Wenstrup said. “Increasing tariffs is one tool we have to compel foreign governments to end unfair trade practices. This legislation ensures that when the U.S. uses this powerful tool, our tariffs target foreign producers, as intended, rather than U.S. importers.”

Rep. Wenstrup is the lead original cosponsor of the FAIR TARIFF Act, H.R. 9083, which is sponsored by U.S. Rep. Mike Thompson (D-CA) and five other original cosponsors, including U.S. Reps. Adrian Smith (R-NE) and Carol Miller (R-WV), to provide for the liquidation or reliquidation of certain entries for products from European member states, according to the congressional record bill summary.

The legislation calls for the 60-day warning and directs the USTR to refund “goods on the water” tariffs paid following implementation of the two most recent sets of retaliatory tariffs, according to a bill summary provided by Rep. Wenstrup’s staff.

“If tariffs must be used, we should do what we can to protect American businesses, manufacturers, and jobs from the negative impact. In a globalized economy, giving small businesses ample notice of tariffs on their imported inputs is essential,” said Rep. Smith. “The Fair Tariff Act is a commonsense measure to better equip U.S. importers to make purchasing decisions.”

Rep. Thompson added that when tariffs are imposed on goods in transit, American importers get hurt. “The FAIR TARIFF Act will ensure that any penalties are enforced on foreign exporters, rather than American importers,” he said, adding that H.R. 9083 would “ensure that American companies do not pay any penalties for having goods in transit when tariffs are imposed.”