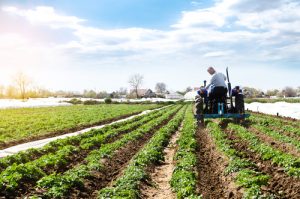 U.S. Rep. Glenn “GT” Thompson (R-PA) on Wednesday led 31 of his Republican colleagues in introducing legislation that would require the Biden administration to reverse its regulatory agenda, which they say has created barriers for domestic agriculture production.

Rep. Thompson sponsored the Reducing Farm Input Costs and Barriers to Domestic Production Act, H.R. 8069, which aims to end regulatory overreach, address rising inflation and input costs, and provide certainty to American farmers and ranchers, according to a bill summary provided by the congressman’s staff.

“The U.S. and the world face a disrupted global food system resulting in increased energy prices, fertilizer cost spikes and shortages, and worsening food scarcities in developing countries. We’re in a crisis moment, and we need concrete, immediate policy actions to help mitigate impacts both at home and abroad,” said Rep. Thompson, ranking member of the U.S. House Agriculture Committee. “American agriculture, if given the right tools and regulatory confidence, can serve a vital role in alleviating global food instability and mitigating costs for consumers.”

Rep. Thompson also pointed out that the Biden administration has neglected to take serious action to increase American food production.

“In fact, since the war in Ukraine began, the administration has continued to take nonsensical regulatory and policy actions that have created needless uncertainty for farmers, ranchers and working families, and has further limited our ability to meet the food demands of our nation and the world,” he said.

If enacted, Rep. Thompson said that H.R. 8069 would “reverse many of the more harmful regulatory burdens spearheaded by this administration, address escalating input costs, and provide certainty to farmers, ranchers, agribusinesses, and other entities across our food and ag supply chains.”