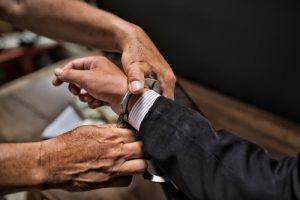 A bipartisan bill cosponsored by U.S. Rep. Elise Stefanik (R-NY) that directs the U.S. Department of Justice (DOJ) to establish a Veterans Treatment Court Program became law on Aug. 8 with the president’s signature.

“I am very proud to have introduced and advocated for this legislation through the House, and it was a victory for our veterans this weekend when President Trump signed this into law,” Rep. Stefanik said on Monday. “I will continue to be an outspoken advocate for our veterans and for essential programs and initiatives that support them.”

Rep. Stefanik last year signed on as the lead original cosponsor of the Veteran Treatment Court Coordination Act of 2019, H.R. 886, which was sponsored by U.S. Rep. Charlie Crist (D-FL) to establish the Veterans Treatment Court program, which will provide grants and technical assistance for state, local and tribal governments to develop and maintain veterans treatment courts, according to the congressional record bill summary.

“Due to the psychological impact and the stressors of their service, some veterans become entangled in the criminal justice system,” said Rep. Stefanik. “This important legislation provides non-violent offenders a chance to take action and rehabilitate themselves through a special program that is more tailored to meet veterans’ unique needs.”

The U.S. House of Representatives on Oct. 28, 2019 gave voice vote approval to H.R. 886 and then sent it to the U.S. Senate, which amended and passed the bill by unanimous consent on Jan. 16. The House accepted the Senate’s amendment and on July 28 presented the bill to the president, who signed it into law on Saturday.

“Our veterans deserve the best possible treatment when they return home from serving our country, and the resources made available to them under this law will work towards developing and expanding support programs for them,” the congresswoman said.