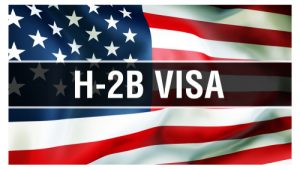 Specifically, the members noted in a May 26 letter sent to the president that his April 22 Presidential Proclamation required the secretaries of Labor and Homeland Security, in consultation with the U.S. Secretary of State, to review nonimmigrant visa programs and develop recommendations for measures to stimulate the U.S. economy and to ensure the prioritization, hiring and employment of U.S. workers.

“Should any recommendation pursuant to the proclamation include restrictions on the already heavily regulated H-2B visa program, such actions run the risk of harming American businesses as well as undermining the continued job security of full-time U.S. workers in seasonal sectors,” wrote Rep. Stefanik and her colleagues. “From a broader perspective, it is likely that additional restrictions on the H-2B program will unnecessarily hinder ongoing economic recovery efforts across the country.”

For instance, in her home state of New York, Rep. Stefanik said that many seasonal businesses rely on the H-2B nonimmigrant seasonal guest worker program to sustain the levels of work they need completed to stay in business.

“Reports that the administration is considering suspending the issuance of H-2B visas are concerning,” said Rep. Stefanik. “Seasonal businesses are a critical part of our North Country economy, and this potential suspension would have dire consequences for these businesses during an already turbulent time.”

Rep. Stefanik and her colleagues urged Trump to maintain “the continued, uninterrupted operation of the H-2B program with the continued requirement that all employers only have access to it based upon their proven and certified need within the statutory cap.”