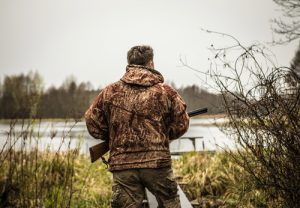 “Right now, wildfires threaten forests in northern Minnesota and nationwide,” Rep. Stauber said. “Therefore, I am proud to offer a solution that will take necessary steps to preserve our forests and wildlife habitat, so Minnesota’s rich hunting tradition can continue for years to come while providing quality jobs for loggers in national forests.”

Rep. Stauber on July 20 sponsored the Healthy Forests for Hunters Act, H.R. 4584, with original cosponsors including U.S. Rep. Dan Newhouse (R-WA). The bill would create a Categorical Exclusion that would allow for the management of early successional forests, which are young under-grown areas like thickets or shrubby undergrowth that are loved by wildlife, according to a bill summary provided by Rep. Stauber’s staff.

If approved, H.R. 4584 also would create a Categorical Exclusion that would permit the management of forested areas around campsites, forest infrastructure or other resources needed for recreating on national forest land, the summary says.

“Northern Minnesota and the rest of the country is blessed with millions of acres of national forest lands providing opportunities to hunt whitetails, ruffed grouse, turkeys, gray wolves, black bears, and so much more,” said Rep. Stauber. “However, this blessing requires proactive forest management in order to prevent catastrophic wildfires and the loss of precious wildlife habitat.”

H.R. 4584 is included in the rollout of comprehensive forest management legislation titled the Resilient Federal Forests Act, which is led by U.S. Rep. Bruce Westerman (R-AR), ranking member of the U.S. House Natural Resources Committee, who is also a cosponsor of Rep. Stauber’s bill.