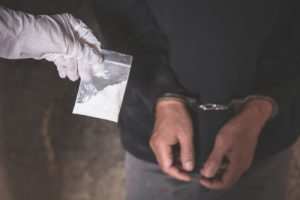 Bipartisan legislation introduced on July 20 by U.S. Rep. Dave Joyce (R-OH) would provide funding to state and local governments to purchase containment devices, which help prevent exposure to fentanyl, lethal powders and unknown chemical substances, and would offer training to first responders and police officers on how to use them.

“Over the years, there have been far too many instances of police officers and first responders being exposed to lethal substances such as fentanyl while responding to calls,” Rep. Joyce said. “That’s unacceptable.”

Rep. Joyce sponsored the Protecting First Responders from Secondary Exposure Act of 2021, H.R. 4565, with original cosponsor U.S. Rep. David Trone (D-MD), which would amend the Omnibus Crime Control and Safe Streets Act of 1968 to authorize the use of grant amounts for providing training and resources for containment devices, according to the text of the bill.

By doing so, H.R. 4565 will ensure that the purchase of containment devices and training on how to use them are both designated as eligible purchases under the Comprehensive Opioid, Stimulant and Substance Abuse Program, according to Rep. Joyce’s office.

“I’m proud to introduce this bipartisan bill to assist state and local governments with purchasing containment devices to protect first responders and police officers from secondary exposure,” the congressman said. “It is critical that those serving on the front lines in our communities have the equipment and training necessary to safely do their jobs.”

The bill has been referred for consideration to the U.S. House Judiciary Committee.