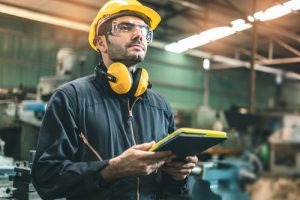 Tariffs on steel from China must be maintained by the Biden administration to help protect and support the nation’s steelmaking industry and union workers, according to U.S. Rep. Pete Stauber (R-MN).

In a June 30 letter sent to President Joe Biden, Rep. Stauber wrote he is “extremely concerned” about recent reports that Biden and his administration are considering further repealing tariffs on China, including tariffs on steel and aluminum imports, as well as on steel-intensive imported products.

“Simply put, your decision to end these tariffs would have a devastating, direct and immediate impact on these very families and workers in northern Minnesota and throughout steel country,” the congressman wrote.

“I urge you to end your deference towards Communist China, and instead, put the American worker first,” wrote Rep. Stauber. “At a time when inflation is at a 40-year high and families are fighting for their survival, I urge you to not turn your back on them by relaxing tariffs on Communist China and putting these hard-working labor union Americans in the unemployment line.”

Rep. Stauber noted that his constituents, like many Americans, are being impacted by rising inflation.

“Please do not exacerbate this dire economic situation and inflict added harm across the Iron Range by repealing steel and aluminum tariffs,” he wrote. “My constituents are hurting enough as it is.”