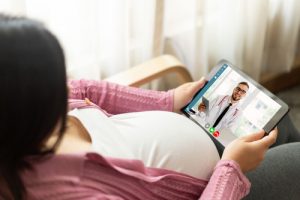 The U.S. Senate on Dec. 15 approved a bipartisan bill introduced by U.S. Sen. Todd Young (R-IN) that would authorize the use of data mapping to improve maternal health and address high maternal mortality rates in Indiana and across the nation.

The Data Mapping to Save Moms’ Lives Act, S. 3152, which Sen. Young cosponsored in January with U.S. Sens. Deb Fischer (R-NE) and Jacky Rosen (D-NV), would utilize data mapping to show where high rates of poor maternal health outcomes overlap with a lack of access to broadband services to help identify where improved access to telehealth services can be most effective, according to Sen. Young’s office.

“Indiana has one of the worst maternal mortality rates in the country. Earlier this year, I introduced a bipartisan solution to identify where the high maternal mortality rates are occurring, and ensure they receive the life-saving telehealth they need,” Sen. Young said. “I’m encouraged that my Data Mapping to Save Moms’ Lives Act is now one step closer to improving the lives of Hoosier mothers and families, especially during these uncertain times.”

If enacted, S. 3152 would direct the Federal Communications Commission (FCC) to include data on certain maternal health outcomes in its broadband health mapping tool, which is an online platform that allows users to visualize, overlay, and analyze broadband and health data at national, state, and county levels. The FCC also would be required to consult with the U.S. Centers for Disease Control and Prevention to determine which maternal health outcomes should be incorporated, according to the congressional record bill summary.

The U.S. House of Representatives on Dec. 16 received S. 3152 for consideration and members will work to resolve differences between the measure and its identical bill H.R. 5640, which is under review in the U.S. House Energy and Commerce Committee.