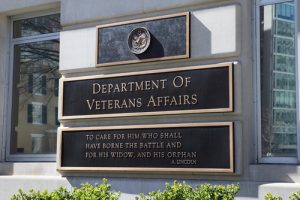 Versions of the Veterans Benefits Fairness and Transparency Act of 2020 (VBFTA) and the Veteran STEM Scholarship Enhancement Act, both sponsored by U.S. Rep. Andy Barr (R-KY), received approval from the U.S. House of Representatives as part of a larger veterans’ healthcare package.

The House on Dec. 16 approved the bipartisan Johnny Isakson and David P. Roe, M.D. Veterans Health Care and Benefits Improvement Act of 2020, H.R 7105, which addresses the administration of U.S. Department of Veterans Affairs (VA) programs and benefits for homeless military veterans during the COVID-19 pandemic, according to the congressional record. The U.S. Senate on Dec. 9 passed the measure before sending it to the House for final action. H.R. 7105 now heads to the president’s desk to be signed into law.

“With the passage of this comprehensive veterans’ package, we have pushed expanding access for veterans to science, technology, engineering, and mathematics (STEM) educational opportunities and important fixes to our VA disability claims system across the finish line,” said Rep. Barr. “These initiatives have been priorities of mine since joining the House Veterans’ Affairs Committee at the beginning of the 116th Congress.”

Rep. Barr on April 14 sponsored the VBFTA, H.R. 6493, to update the placement and treatment of the VA’s disability benefit questionnaire form, which relates to the submission of evidence by private medical providers regarding the disability of a claimant. U.S. Sens. Mike Rounds (R-SD) and Jon Tester (D-MT) in August introduced their chamber’s version of the bill, S. 4412.

In July, Rep. Barr joined U.S. Rep. Elaine Luria (D-VA) in leading H.R. 6493 to unanimous passage in the U.S. House Veterans’ Affairs Committee, according to his office, before its inclusion in the larger healthcare package.

On Feb. 6, Rep. Barr sponsored the Veteran STEM Scholarship Enhancement Act, H.R. 5772, which would permit the VA to improve processing times for veteran scholarship applications for the Edith Nourse Rogers STEM scholarship, among other provisions. The bill was under consideration in the House Veterans’ Affairs Committee before being included in the House-approved H.R. 7105.

“I look forward to continuing our work to help veterans in the Sixth District and throughout the country,” Rep. Barr said on Wednesday.