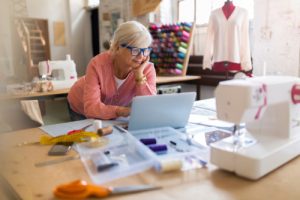 U.S. Sen. Tim Scott (R-SC) has offered a bipartisan bill to establish a training curriculum related to businesses owned by older individuals within the Office of Entrepreneurial Development at the Small Business Administration (SBA).

“The American dream doesn’t stop at retirement,” said Sen. Scott, ranking member of the U.S. Special Committee on Aging. “Millions of Americans have the potential to continue building on their careers by re-entering the workforce using the life experience they’ve cultivated over the years.”

Sen. Scott on July 14 sponsored the Golden-preneurship Act, S. 2348, with original cosponsor U.S. Sen. Jeanne Shaheen (D-NH) to catapult senior-owned small businesses to the next level of success, according to information provided by his office.

“The Golden-preneurship Act will equip older entrepreneurs with the tools necessary to take their ideas from the drawing board to reality,” Sen. Scott said. “I thank Senator Shaheen for joining me in introducing this bill and believing that every American, no matter their age, can be a contributing member of society.”

If enacted, the legislation would create a new “Golden Entrepreneurs” training program to equip older entrepreneurs with the necessary tools to increase market share for their businesses and help bring jobs and capital to communities around the country, according to Sen. Scott’s information.

Additionally, S. 2348 would require the SBA to track the loans and grants provided to older Americans to pave the path to better support seniors in the economy.

Among the organizations that endorsed the bill are the Center for American Entrepreneurship, the U.S. Chamber of Commerce, the National Association of Insurance and Financial Advisors, and the Economic Innovation Group.