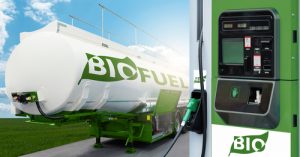 A bipartisan bill sponsored on July 14 by U.S. Sen. Deb Fischer (R-NE) would ensure that consumers have year-round access to biofuels.

“My legislation will ensure consumers continue to have access to higher ethanol blends at the pump and that E15 can be sold year-round,” Sen. Fischer said.

Nebraska is ranked second in the nation in biofuel production and has 25 operating ethanol plants across the state that support 1,300 jobs, according to her staff.

The legislation would amend the Clean Air Act regarding its ethanol waiver for limitations on Reid vapor pressure (RVP), which is used to characterize the volatility of gasoline and crude oils. The bill would extend the RVP volatility waiver to ethanol blends above 10 percent, and increase market access and continue to allow retailers nationwide to sell E15 and other higher-ethanol fuel blends year-round, according to a bill summary provided by Sen. Fischer’s staff.

The senator said the bill “will create significant economic opportunities for the hardworking men and women in rural America who are providing the country with a low-carbon solution.”

The Nebraska Farm Bureau Federation, the National Corn Growers Association, the Renewable Fuels Association, and Growth Energy support the measure, which has been referred for consideration to the U.S. Senate Environment and Public Works Committee.