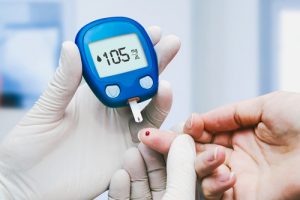 “By dramatically expanding virtual access to the [MDPP], a critical Medicare service, we will ensure more Americans can utilize the informational resources they need to make healthy decisions,” said Rep. Reed, co-chairman of the Congressional Diabetes Caucus. “We know how important it is to reduce the incidence of diabetes in the United States and support those Americans battling the disease.”

Rep. Rice noted that approximately 500,000 South Carolinians have diabetes. “My goal is to create policies that give South Carolinians and all Americans access to high quality, efficient health care services under Medicare. MDPP expansion will help empower residents and families to make healthier choices, so we can prosper as a community,” Rep Rice said.

If enacted, H.R. 8861 would permit Centers for Disease Control and Prevention-recognized virtual diabetes prevention program suppliers to be included in the MDPP Expanded Model, which is conducted by the Center for Medicare and Medicaid Innovation under the Social Security Act, according to the congressional record bill summary.

The MDPP Expanded Model is a structured intervention aimed at preventing type 2 diabetes in individuals with an indication of pre-diabetes, according to a bill summary provided by Rep. Reed’s office, which added that the primary goal of the model is at least five percent weight loss by participants.

“Nearly one-third of all adults in this country have either diabetes or prediabetes,” Rep. DeGette said. “Finding ways to prevent more Americans from developing this deadly disease must remain one of our top priorities.”