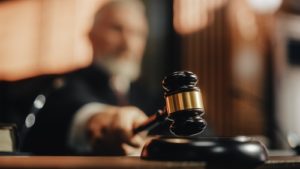 Bipartisan legislation supported by U.S. Rep. Guy Reschenthaler (R-PA) that would ensure federal justice for child survivors of sexual abuse and sex trafficking is headed to President Joe Biden’s desk to be signed into law.

The U.S. House of Representatives on Sept. 13 gave voice vote approval to the Eliminating Limits to Justice for Child Sex Abuse Victims Act of 2022, S. 3103, which will eliminate the statute of limitations for a minor victim of a human trafficking offense or federal sex offense to file a civil action to recover damages, according to the text of the bill.

“I’m grateful to my colleagues in the House for passing this legislation to eliminate unnecessary barriers to justice and support survivors of child sex abuse and sex trafficking,” Rep. Reschenthaler said.

Specifically, the bill will enable survivors who are victims of more than a dozen federal child sex abuse offenses — including aggravated sexual abuse, sex trafficking, human trafficking, forced labor, and sexual exploitation and pornography — to seek civil damages in federal court regardless of how long it took to process and disclose the abuse they suffered, according to a bill summary provided by Rep. Reschenthaler’s staff.

“In many cases, it takes years for survivors to process the trauma of childhood sexual abuse,” said Rep. Reschenthaler. “The statute of limitations should not prevent survivors from seeking civil justice in federal court.”

The Eliminating Limits to Justice for Child Sex Abuse Victims Act received endorsements from several organizations, including CHILD USA, RAINN, the National Center for Missing and Exploited Children, and the National Alliance to End Sexual Violence.