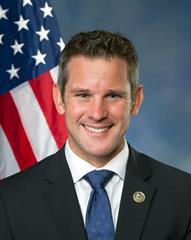 “I’m proud to introduce legislation with my colleague to fund violence intervention programs,” Rep. Kinzinger said. “By supporting victims with the resources and education to pursue a different path, we can stop the vicious cycle of gun violence and give people hope for a better tomorrow.”

Rep. Kinzinger on Feb. 11 cosponsored the Bipartisan Solution to Cyclical Violence Act of 2020, H.R. 5855, with bill sponsor U.S. Rep. Dutch Ruppersberger (D-MD) to establish a grant program supporting trauma center violence intervention and violence prevention programs, according to the text of the bill.

If enacted, H.R. 5855 would provide $10 million in federal grants to hospitals that offer services to victims of violent crime while they are recovering from their injuries, and would require the U.S. Secretary of Health and Human Services to select existing and aspiring violence prevention programs from across the country to receive federal grants for expanding such services or studying their effectiveness. Awards would range from $250,000 to $500,000 and follow a three-year pilot run, with each hospital reporting its findings back to the federal government.

“We undoubtedly have a gun violence epidemic in America, and I believe the community plays a critical role in addressing this crisis,” said Rep. Kinzinger.

Rep. Ruppersberger pointed out that violent crime costs American taxpayers more than $42 billion a year for police, courts and jails, as well as the associated medical expenses of victims and the lost wages for both victims and perpetrators. “We need to find innovative solutions to stop the violence,” he said.

H.R. 5855 has been referred for consideration to the U.S. House Energy and Commerce Committee.