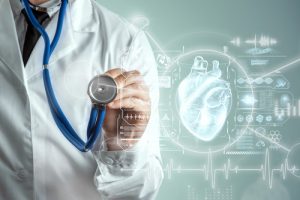 The U.S. House of Representatives on Dec. 8 approved bipartisan legislation sponsored by U.S. Rep. Andy Barr (R-KY) that would expand research on valvular heart disease and its treatment.

The Cardiovascular Advances in Research and Opportunities Legacy (CAROL) Act, H.R. 1193, named in honor of Rep. Barr’s late-wife Eleanor “Carol” Leavell Barr, who died last year at 39 years old from sudden cardiac death, advanced to the U.S. Senate, where the companion bill, S. 1133, is under consideration.

“With today’s vote, we are one step closer to pushing the CAROL Act across the finish line and enshrining Carol Barr’s legacy,” said Rep. Barr, who in February sponsored H.R. 1193, which has 183 House cosponsors. “This bill delivers critical resources to close the gaps in understanding about valvular heart disease and save lives.”

If enacted, the CAROL Act would authorize a grant program administered by the National Heart, Lung, and Blood Institute to support research on valvular heart disease, according to a bill summary provided by Rep. Barr’s office.

Additionally, the bill would call for a workshop of subject matter experts to be convened to identify research needed to develop prescriptive guidelines for patient treatments and would instruct the Centers for Disease Control and Prevention to increase public awareness on valvular heart disease symptoms, as well as proven strategies for preventing sudden cardiac death, the summary says.

“I am grateful to the American Heart Association, WomenHeart, the American College of Cardiology and so many of my colleagues who supported this bill from the start,” said Rep. Barr.