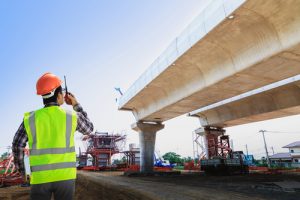 U.S. Sen. John Hoeven (R-ND) on April 28 reintroduced the bipartisan Move America Act of 2021, which would authorize billions of dollars in federal funds to ensure the solvency of the nation’s trust funds for highways, airports, ports, and waterways by leveraging greater private investment in infrastructure.

“As we continue to work on addressing our nation’s critical infrastructure needs,” Sen. Hoeven said, “we should advance bipartisan efforts like this, which will help us support a growing economy, improve our quality of life and ensure our country remains competitive for years to come.”

If enacted, S. 1403 would permit each state to receive a bond allocation, based on population size, according to the summary, and would allow smaller states to trade in some or all of their bond allocation for federal tax credits at a 25 percent rate, among other provisions. Such tools would help leverage $8 billion in federal investment into $226 billion worth of bond authority over the next 10 years, or up to $56 billion over 10 years in tax credits, according to the Joint Committee on Taxation.