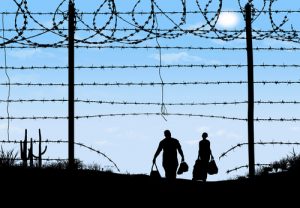 “It’s long overdue that Congress provides a bipartisan solution that secures our borders and begins the conversation about legal immigration,” said Rep. Gonzales, who on May 12 signed on as the lead original cosponsor of both the Emergency Migration Response Act of 2022, H.R. 7757, and the Border Security and Migrant Safety Act of 2022, H.R. 7756, which are sponsored by U.S. Rep. Elissa Slotkin (D-MI).

If enacted, H.R. 7757 would provide for an emergency response by the U.S. Department of Homeland Security (DHS) to migration surges, which DHS would be directed to treat similarly to natural disasters requiring a swift, coordinated response, according to the text of the bill.

A bill summary provided by Rep. Gonzales’ office says the framework for the coordinated response established in H.R. 7757 would include criteria and thresholds for “extraordinary migration events”; an interagency group overseeing the DHS response with a designated federal coordinating officer; migration response teams; and instructions for coordination with relief organizations.

“Every day migrants are dying on their journey to our southern border due to overheating, drowning and other risks associated with crossing remote and dangerous terrains,” Rep. Gonzales said on Wednesday. “This border crisis has resulted in a record number of border crossings, and thus migrant deaths, and has made way for cartels to make billions off vulnerable populations.”

“I am proud to co-lead this effort with Congresswoman Slotkin to work across the aisle, increase migrant safety and combat criminals at the southern border,” he added.

“Let’s be honest with ourselves: Our immigration system has been broken for multiple administrations – Democrat and Republican,” Rep. Slotkin said. “Neither party has provided real solutions to the crisis at our southern border that incentivize people to apply from their home country. I urge the Democratic leadership to take up legislation like mine to get to the root of this challenge and pass a real solution.”