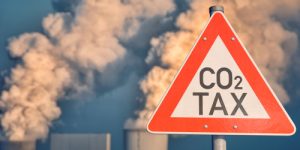 “With the American public overwhelmingly seeking fixes to our crumbling roads and bridges while searching for solutions to mitigate the dangerous effects of climate change, our bipartisan bill is a dynamic solution that seeks to tackle both problems and provides a practical way to pay for infrastructure investment,” Rep. Fitzpatrick said. “It doesn’t have to be a tough choice.”

Rep. Fitzpatrick on May 7 sponsored the Modernizing America with Rebuilding to Kickstart the Economy of the Twenty-first Century with a Historic Infrastructure-Centered Expansion Act, or the MARKET CHOICE Act, H.R. 3039, with bill sponsor U.S. Rep. Salud Carbajal (D-CA) to help fund infrastructure advancement and development while combating climate change by eliminating the gas tax, according to a bill summary provided by Rep. Fitzpatrick’s staff.

“We are at a crossroads with regard to infrastructure and climate change,” said Rep. Fitzpatrick. “This Congress has the unique opportunity to come together to forge bipartisan consensus on both of these critical issues. Legislative action taken — or not taken — by this Congress on these issues will be felt for generations.”

Rep. Fitzpatrick, who also introduced similar legislation during the 115th and 116th congresses, is supported in his efforts by the Environmental Defense Fund, The Nature Conservancy, the Friends Committee on National Legislation, the Niskanen Center, the Alliance for Market Solutions, the Climate Leadership Council, the Evangelical Environmental Network, the CEO Climate Dialogue, and Federal Climate Strategy.

“If we are going to get a deal on infrastructure legislation, it will almost certainly include innovative policy proposals like the MARKET CHOICE Act,” said Alliance for Market Solutions Executive Director Alex Flint.