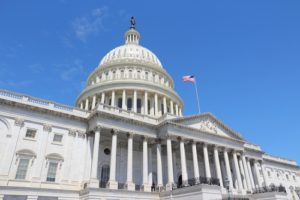 U.S. Rep. Randy Feenstra (R-IA) on Nov. 14 helped get a bipartisan bill unanimously passed by the U.S. House of Representatives to limit automatic changes to the standards for designating a core-based statistical area (CBSA) that are used to delineate metropolitan and micropolitan areas for statistical purposes.

The House-approved Metropolitan Areas Protection and Standardization (MAPS) Act of 2021, S. 1941, which the U.S. Senate passed on May 26 by unanimous consent, now heads to President Joe Biden’s desk to be signed into law.

“I am proud to support the MAPS Act to ensure that our communities — particularly Council Bluffs and Ames [Iowa], which were at risk of losing their MSA status — receive their fair share of federal dollars without indiscriminate bureaucratic interference,” Rep. Feenstra said on Tuesday.

“Statistical area classifications — both metro- and micropolitan — are critical to the vitality of our main street businesses, diversified economy, and vibrant communities in the 4th District,” added Rep. Feenstra. “From economic development to transportation infrastructure, cities and towns across Iowa rely on consistent statistical area definitions to plan major projects, attract new residents, and develop a strong workforce.”

S. 1941, which U.S. Sens. Rob Portman (R-OH), Jerry Moran (R-KS), and Gary Peters (D-MI) introduced in May 2021, requires that the OMB ensure that any change to the standards of CBSA delineations are accompanied by a public report that explains the scientific basis, criteria, and methodology for such change and the opinions of experts in statistics and demographics who were consulted regarding the change.

The bill also requires OMB to ensure that any changes to the standards are not influenced by any non-statistical considerations, and are not applied automatically for any nonstatistical use by any domestic assistance program, according to the congressional record summary of the bill.