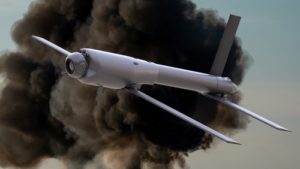 Ukrainian forces must be armed with America’s MQ-1C Gray Eagle drones to continue making gains in the country’s fight against Russia’s war of aggression, said U.S. Sen. Joni Ernst (R-IA) and a bipartisan group of lawmakers.

In their letter, the senators pointed out that Congress provided the Pentagon with appropriations and drawdown authority to ensure Ukraine had all necessary firepower. And while Ukrainian successes on the battlefield are encouraging, they wrote that Russian President Vladimir Putin’s intent to conquer all of Ukraine remains unchanged.

Sen. Ernst and her colleagues also noted that the MQ-1C Gray Eagle drones will increase Ukraine’s unmanned capabilities in the near term. This particular UAS, they wrote, has operational attributes — availability, lethality, survivability, and exportability — that complement existing weapon systems used by the Ukrainians and will increase the lethality of the Ukrainian military.

“The long-term upside of providing Ukraine with the MQ-1C is significant and has the potential to drive the strategic course of the war in Ukraine’s favor,” wrote Sen. Ernst and the lawmakers.

They also asked Lloyd to answer several questions by Nov. 30, including details about the operational advantages the MQ-1C could confer to Ukraine armed forces, as well as any associated risks posed by the UAS.

“A Russian victory over Ukraine would significantly damage American security and prosperity, and enabling Ukraine’s preservation of its homeland remain a moral imperative and squarely within our national interests,” wrote the senators.