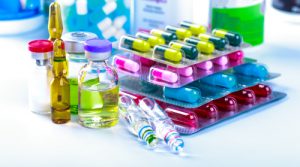 U.S. Sen. Bill Cassidy (R-LA) is cosponsoring a bipartisan bill that would require a group health plan or health insurance coverage offered in connection with such a plan to provide an exceptions process for any medication step therapy protocol.

Such protocols are used by health plans to control spending on patient’s medications and to ensure patients may safely and efficiently access treatment. In some instances, step therapy protocols may ignore a patient’s unique situation and medical history, resulting in negative impacts, including delayed access to effective treatment, severe side effects and irreversible disease progression, according to a statement from Sen. Cassidy’s office.

“Doctors and patients should not have to work through multiple medicines, which have already failed or which may cause more harm than good,” Sen. Cassidy said. “This bill allows the proven right medicine to be given as soon as possible.”

The measure has been referred to the U.S. Senate Health, Education, Labor, and Pensions Committee for consideration.