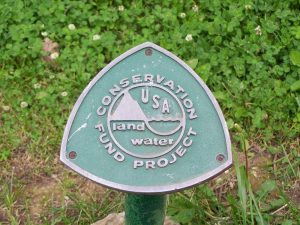 “From the Great Smoky Mountains to the Outer Banks, North Carolina’s parks and lands have benefited immensely from the Land and Water Conservation Fund,” Sen. Burr said, adding that the bill would secure adequate funding for the LWCF without additional costs for American taxpayers.

Calling the LWCF the “crown jewel of conservation programs,” Sen. Gardner said, “Colorado projects rely on LWCF funding and fighting year after year about how much money to provide the program does not provide the long-term planning certainty our outdoor and conservation communities deserve.”

Under the legislation the LWCF would be permanently funded at a level of $900 million, Sen. Burr’s office said.

The LWCF was permanently reauthorized in March as part of the John D. Dingell, Jr. Conservation, Management, and Recreation Act, S. 47. However, the Land and Water Conservation Fund Permanent Funding Act would no longer require that LWCF funds be appropriated each year.

“I am proud this popular and effective program has finally been made permanent, but we still have to make sure it has the resources necessary to carry out its important work,” Sen. Burr said.