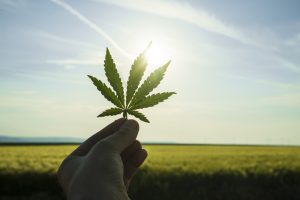 In an effort to ensure that state governments have the ability to implement cannabis laws that work best for them, U.S. Rep. Dave Joyce (R-OH) helped introduce a bipartisan and bicameral bill this month that would strengthen states’ rights.

“It’s past time for Congress to clarify cannabis policy on the federal level and ensure states are free to make their own decisions in the best interest of their constituents,” said Rep. Joyce. “The STATES Act does just that by respecting the will of the states that have legalized cannabis in some form and allowing them to implement their own policies without fear of repercussion from the federal government.”

Rep. Blumenauer noted that 47 states have legalized some form of cannabis.

Under the bill, the Controlled Substances Act would be amended to provide for new rules on cannabis activities that clearly state that compliant transactions are not unlawful trafficking.

At the same time, the legislation would ensure that states and tribes comply with several basic protections, such as by prohibiting the endangering of human life while manufacturing a controlled substance and on employing people under the age of 18 in marijuana operations, according to a summary of the bill from Rep. Joyce’s office. In addition, the distribution or sale of cannabis to people under the age of 21 would be prohibited other than for medical purposes.

The bill also calls for the Government Accountability Office to study the effects of marijuana legalization on traffic safety.