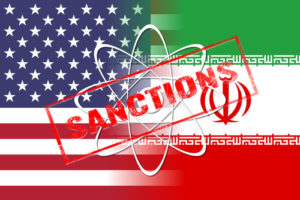 U.S. Rep. Michelle Steel (R-CA) on Sept. 15 led a bipartisan contingent in introducing legislation that would ensure the United States could maintain sanctions that the lawmakers say are helping to prevent Iran’s regime from using nuclear weapons.

“From brutal abuses committed against its own people, to its never-ending threats towards free and democratic societies, the Iranian regime has proven time and again that they are a rogue state with no interest in preserving regional or global peace,” Rep. Steel said. “It is more important than ever that we prevent the unacceptable threat of a nuclear Iran from becoming a reality.”

If enacted, the bill would make permanent the sanctions established by the Iran Sanctions Act of 1996 that are set to expire in 2026.

“Existing sanctions have proven successful in preventing such a catastrophe, and we must ensure that we can continue to place economic and strategic pressures on Iran to prevent them from developing nuclear weapons or supporting terrorists,” said Rep. Steel. “I’m proud to partner with Senator Scott on this issue, and to lead this bipartisan group of my House colleagues to send a clear signal that the United States will not tolerate existential threats against us, our allies, or freedom and democracy around the world.”

The Iran Sanctions Act of 1996 specifically places economic pressures on Iran’s energy sector to prevent the regime from acquiring the financial resources needed to support terrorism or further develop nuclear or biological weapons, according to information provided by Rep. Steel’s office.

“The United States, Israel, and our Arab partners remain concerned about the looming threat that a nuclear Iran poses to the stability of the region,” said Sen. Scott. “U.S. sanctions are a necessary deterrent for this dangerous and unstable regime, which is why this bill will make the cornerstone of sanctions on Iran permanent.”