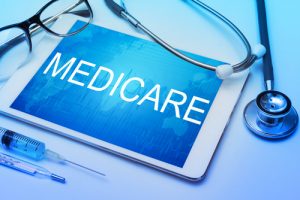 Qualifying providers would be exempt from prior authorization requirements under Medicare Advantage plans if recently introduced legislation from U.S. Rep. Michael Burgess (R-TX) is enacted.

“Before coming to Congress,” said Rep. Burgess, “I practiced medicine for nearly 30 years and understand the frustration that comes from waiting on the government to tell me if I can provide certain treatments to my Medicare patients.”

The congressman on June 9 sponsored the Getting Over Lengthy Delays in Care As Required by Doctors Act of 2022, also known as the GOLD CARD Act of 2022, H.R. 7995, with lead original cosponsor U.S. Rep. Vicente Gonzalez (D-TX).

“I am grateful for fellow Texan, Congressman Vincente Gonzalez, for joining me in introducing this critical legislation that will allow patients to receive quality care in a timely manner by streamlining the prior authorization process for physicians,” Rep. Burgess said. “I have seen the support of this legislation in my home state and am confident that the GOLD carding policy will be effective in improving clinical results.”

If enacted, H.R. 7995 would exempt providers from requiring prior authorization for a Medicare Advantage plan year if the provider had at least 90 percent of prior authorization requests approved the preceding year, according to a bill summary provided by Rep. Burgess’s staff.

Among other provisions, the bill also would allow physicians to appeal Gold Card revocations they think were wrongly decided, the summary states.

“I am proud to introduce the GOLD CARD Act with Dr. Burgess to remove barriers for patients to receive the care they deserve,” said Rep. Gonzalez. “No person’s care should be put on hold by bureaucratic red tape.”