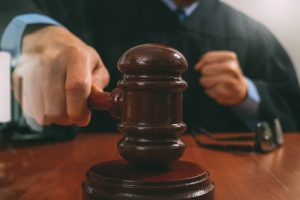 The commission is a bipartisan, independent agency created by Congress in 1984 to reduce sentencing disparities and is responsible for establishing and updating sentencing guidelines for the federal courts.

Currently, only one of its seven positions is filled and the commission has not had a quorum since January 2019, according to a Nov. 22 letter Rep. Armstrong and his colleague, U.S. Rep. Jamie Raskin (D-MD), sent to President Biden. Their letter noted that no more than four members of the commission can be members of the same political party and at least three must be federal judges.

“As you know, the commission has several vacancies, and pending the status of Acting Chair Charles Breyer, all seven commissioner seats could be vacant by the end of 2022,” the lawmakers wrote. “The commission is unable to establish a quorum due to these continued vacancies, which has forestalled the important work of updating and establishing new sentencing guidelines.”

Additionally, according to their letter, the vacancies have meant that the commission has been unable to update the guidelines to implement the First Step Act, a bipartisan sentencing reform law Congress passed in 2018.

“As a result, courts must implement the law without the guidelines, potentially resulting in uneven application of the law,” wrote Reps. Armstrong and Raskin. “It is imperative that the vacancies are expeditiously filled so the commission can continue its work to improve the federal criminal justice system.”