Home » Armstrong bill would authorize $4.7B to clean up orphaned oil, gas wells 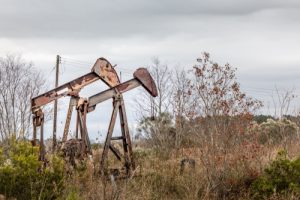 U.S. Rep. Kelly Armstrong (R-ND) on May 28 offered a bipartisan bill that aims to provide thousands of jobs in the oil and gas industry by allocating more than $4.7 billion in funding to clean up orphaned oil and gas wells around the country.

The Revive Economic Growth and Reclaim Orphaned Wells (REGROW) Act of 2021, H.R. 3585, which Rep. Armstrong cosponsored with bill sponsor U.S. Rep. Lizzie Fletcher (D-TX), would amend the Energy Policy Act of 2005 to require the U.S. Secretary of the Interior to establish a program to plug, remediate and reclaim orphaned oil and gas wells and surrounding land, according to the text of the bill.

“North Dakota has long been at the forefront of responsibly developing our oil and gas resources, and excels at reclaiming orphaned wells,” Rep. Armstrong said. “With more than 50,000 abandoned oil and gas wells in the United States, cleaning them up is not only the right thing to do, but it will create and retain tens of thousands of jobs for workers in the oil and gas sector across the country.”

“The REGROW Act will not only help protect our environment, but it will also create jobs for oilfield workers in Texas and across the country, which is especially important now, after the downturn brought on by COVID-19,” said Rep. Fletcher.

The REGROW Act is endorsed by several groups, including the Environmental Defense Fund, the Independent Petroleum Association of America, the North Dakota Petroleum Council, the Interstate Oil and Gas Compact Commission, and the National Wildlife Federation.