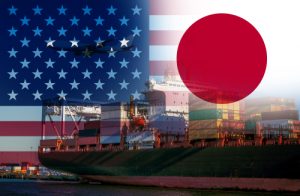 President Donald Trump on Sunday said during a press conference at the Group of Seven summit that the U.S. and Japan have agreed “in principle” to a bilateral trade deal involving agriculture and digital products and that he expected the two countries to officially sign the pact during the United Nations General Assembly meeting in September.

“Japan is one of Nebraska’s largest trading partners. This preliminary deal would bring great opportunities to Nebraska farmers and ranchers, and I’m pleased to see President Trump working to fulfill his promises to provide them with more certainty,” Sen. Fischer said. “I look forward to continuing to work with this administration to expand market access for our state’s agricultural products.”

As part of the trade deal, Japan will purchase surplus U.S. corn and also will increase imports of beef and pork, actions that Rep. Estes said will benefit farmers and ranchers in his home state of Kansas.

Rep. Estes also said that “since entering Congress, I’ve witnessed Japan’s eagerness to forge a bilateral agreement with us, and I’m pleased with this progress” by Trump and U.S. Trade Representative Robert Lighthizer.

“This trade deal reinforces our commitment to free and fair trade and is yet another call for other nations to come to the negotiating table,” added Rep. Estes.

Sen. Hoeven agreed, saying he hopes “this new agreement will put pressure on China to reach an agreement,” and will spur the U.S. House of Representatives to move on the U.S.-Mexico-Canada Agreement, as well.

“We’ve been encouraging the administration to finalize negotiations with Japan, which is our nation’s third-largest agriculture market,” said Sen. Hoeven. “We appreciate the president and his trade team for securing this new trade agreement in principle, which will open up the Japanese market to an additional $7 billion in U.S. agriculture goods.”