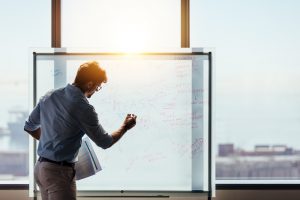 “Entrepreneurs fuel Indiana’s small business community and have the power to transform our lives,” said Sen. Young. “This legislation will support Hoosier entrepreneurs by investing in research and innovation, and empowering individuals to turn their ideas into products and businesses.”

I-Corps connects scientists and engineers with the technological, entrepreneurial and business communities in efforts to move their discoveries from the laboratory to the commercial market, Sen. Young said last week.

The bill, S. 118, would expand the eligible pool of applicants for the I-Corps program by allowing scientists and engineers who have already demonstrated their merit by being awarded Small Business Innovation Research or Small Business Technology Transfer grants from any federal agency, according to the senator’s statement.

S. 118 is sponsored by U.S. Sen. Chris Coons (D-DE) and has been referred for consideration to the U.S. Senate Health, Education, Labor, and Pensions (HELP) Committee.

The companion bill, H.R. 539, introduced in the U.S. House of Representatives by U.S. Reps. Dan Lipinski (D-IL) and Frank Lucas (R-OK), is under review by the U.S. House Science, Space, and Technology Committee, as well as the U.S. House Small Business Committee.

The legislation also would authorize a “Phase II” I-Corps program, which would provide additional hands-on, immersive learning classes for participants who have finished the existing I-Corps training, according to Sen. Young’s office, which said the second-phase course could help participants develop business plans to attract venture capital funding.

The measure already has garnered the support of the Information Technology and Innovation Foundation, the National Venture Capital Association, the Council on Government Relations, and the Association of Public and Land-Grant Universities, among others.

Last year, Sen. Young also cosponsored the same-named Senate version of the bill, S. 9, during the 115th Congress. S. 9 was the identical bill to H.R. 5086, which the House approved in April 2018. However, the Senate HELP Committee, which was considering both versions, was unable to act on either of them before the congressional term ran out.