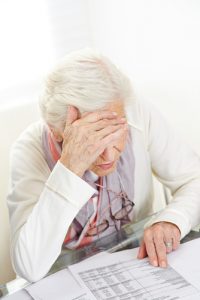 “I have had too many heartbreaking conversations with seniors and their families who have had to deal with the tragic aftermath of financial exploitation,” Rep. Wagner said. “Seniors are often the victim of serious financial crimes, and the mental toll of knowing you were coerced or deceived can be devastating. Oftentimes the victims are on a fixed income, and it can be extremely hard to recover from the shocking financial loss.”

Rep. Wagner introduced the Financial Exploitation Prevention Act, H.R. 2265, which would require the Securities and Exchange Commission to make recommendations to Congress on legislative and regulatory changes for combating financial exploitation of seniors and vulnerable adults, according to a bill summary provided by the congresswoman’s office.

Additionally, H.R. 2265 would permit a registered open-end investment company or transfer agent for that company to better protect vulnerable Americans by delaying the redemption period of any redeemable security if it was reasonably believed that such redemption was requested through the financial exploitation of a security holder who is a senior or an individual unable to protect his or her own interests, the one-page bill summary states.

“After having seen the impact these types of fraud and deception can have on our senior communities in Missouri, I knew we needed to create a tool that would help them be better protected from financial abuse and exploitation,” said Rep. Wagner. “My legislation would help protect our seniors from having their hard-earned money taken from them by implementing a buffer between financial transactions if fraud is suspected.”

H.R. 2265 is supported by the Investment Company Institute, the Securities Industry and Financial Markets Association, and the Insured Retirement Institute.