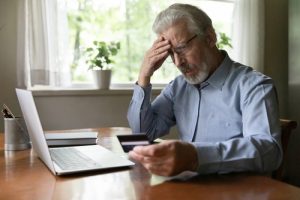 “Throughout the pandemic, we have seen a heartbreaking uptick in fraud and scams against our nation’s seniors. In 2020 alone, more than $1 billion was stolen,” said Sen. Scott, ranking member of the U.S. Senate Special Committee on Aging. “I’m proud to join my colleagues in fighting these heinous crimes and protecting older Americans. No senior should have to worry about financial fraud in their golden years.”

Sen. Scott on Jan. 20 signed on as the lead original cosponsor of S. 3529 alongside bill sponsor U.S. Sen. Chris Van Hollen (D-MD) to create an annual $10 million grant program implemented by the Securities and Exchange Commission, which would work with state securities regulators to protect senior investors.

Under an enacted S. 3529, the grants would be provided to state regulators for supporting the investigation and prosecution of senior financial fraud cases, investing in technology and training, and conducting outreach to older Americans to increase their awareness about scams, according to a bill summary provided by Sen. Scott’s staff.

The Senate bill is companion legislation to the same-named H.R. 5914, introduced in November 2021 by U.S. Rep. Josh Gottheimer (D-NJ). The U.S. House Financial Services Committee on Nov. 16, 2021 gave voice vote approval to H.R. 5914, which advanced to the full House of Representatives for consideration.