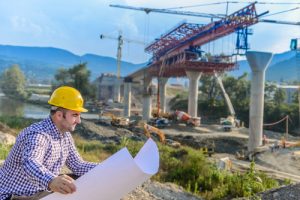 “America’s infrastructure needs are immediate and substantial,” Rep. Davis said on Monday. “This bill will ensure that we treat major infrastructure projects like the pinnacle priority they are, not a can that we kick down the road for years on end.”

Rep. Davis sponsored the One Federal Decision Act, H.R. 7130, with 10 GOP original cosponsors, to reduce project delays and save taxpayer dollars without reducing the effectiveness of the environmental review process.

If enacted, H.R. 7130 would codify into law President Donald Trump’s 2017 One Federal Decision Executive Order, which placed timelines for government completion of environmental reviews and consolidated the process across federal agencies. H.R. 7130 would ensure those changes are permanent.

“My constituents don’t want the roads and bridges in Illinois fixed five or 10 years from now, they want them done today,” said Rep. Davis. With this bill we can move projects along quicker, save taxpayer dollars, create good-paying jobs, and protect the environment all at the same time. We should all want a more streamlined, efficient government.”

Specifically, H.R. 7130 would set a government-wide goal of limiting the time required for environmental reviews and authorizations for major infrastructure projects to two years, beginning with publication of a notice of intent to prepare an Environmental Impact Statement through the issuance of a record of decision (ROD) under the National Environmental Policy Act, according to a bill summary provided by the congressman’s office.

The measure also would require federal agencies to develop a single permitting timetable for environmental review and authorization decisions, and require agencies to make all decisions on authorizations for a major project within 90 days of the issuance of an ROD, among other provisions.