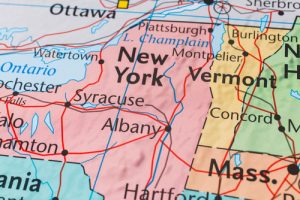 “The Northern Border Regional Commission continues to promote economic development and job growth in our North Country communities, and it is crucial that the federal government continues to fully fund it,” Rep. Stefanik said. “As co-chair of the Northern Border Caucus, I am committed to advocating for rigorous funding and temporary fiscal relief for NBRC grantees, so the program remains accessible in the wake of the COVID-19 pandemic.”

Rep. Stefanik joined four of her colleagues, including U.S. Rep. Annie Kuster (D-NH), to send a Nov. 19 letter to U.S. House and Senate Appropriations Committee leadership requesting that, as Congress looks toward an omnibus spending package to fund the government, their committees continue to provide much-needed investment in the NBRC.

“We appreciate Senate appropriators allocating $30 million for NBRC the Energy and Water Development and Related Agencies Appropriations Act released on November 10, 2020, as well as House appropriators allocating $25 million for the NBRC in H.R. 7613,” the members wrote. “We would ask that the commission be funded at a level consistent with or greater than the $30 million figure in any stopgap package.”

The lawmakers also pointed out that the NBRC has repeatedly received overwhelming bipartisan support in Congress through appropriations and reauthorization of the program, including through the Agricultural Improvement Act of 2018 and in the Further Consolidated Appropriations Act of 2020.

“While the commission has made great progress promoting economic development and job growth in our communities, continued federal investment in the NBRC is critical to sustaining its efforts,” according to the letter. “The NBRC is a strategic use of taxpayer dollars and leverages significant private capital for projects in our states.”

Rep. Stefanik added that she looks “forward to working with my colleagues in the House and Senate to ensure that these provisions are included in any legislation to fund the government.”