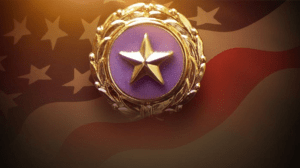 The U.S. Senate approved a bipartisan resolution led by U.S. Sen. Richard Burr (R-NC) that designated April 5 as Gold Star Wives Day to honor the sacrifices made by the families of fallen members of the U.S. Armed Forces.

The legislation recognizes the contributions of the members of Gold Star Wives of America, an organization that has provided support to thousands of survivors of military members that were killed on active duty. The congressionally chartered non-profit organization was organized in 1945 with the help of First Lady Eleanor Roosevelt.

“For more than 75 years, the Gold Star Wives of America have tirelessly served the spouses and families of America’s fallen heroes,” said Sen. Burr. “We owe a huge debt of gratitude to Gold Star families, who have given as much for our country as those in uniform.”

“America will never be able to repay our brave patriots and their families who have paid the ultimate price to protect their fellow Americans,” Sen. Manchin said. “I extend my deepest condolences and sincere thanks to every Gold Star family and spouse,” he added.