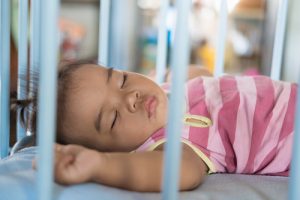 Bipartisan legislation introduced on April 20 by U.S. Sen. Rob Portman (R-OH) would require the Consumer Product Safety Commission to enforce a nationwide ban on the sale of crib bumpers, which are proven to pose a deadly risk to sleeping infants.

“The use of crib bumpers pose an unnecessary threat to the health and safety of infants everywhere,” Sen. Portman said. “There is no reason the sale of these dangerous items should continue.”

“My home state of Ohio has already banned these harmful products,” said Sen. Portman. “Congress must also act to protect infants from an unnecessary and unacceptable risk.”

In 2011, the City of Chicago became the first American city to ban the sale of crib bumpers, according to Sen. Portman’s office, and Maryland and Ohio banned their sale in 2013 and 2017, respectively, with minor exceptions.

The bill has been endorsed by the American Academy of Pediatrics, the Consumer Federation of America, and multiple other pediatric associations.