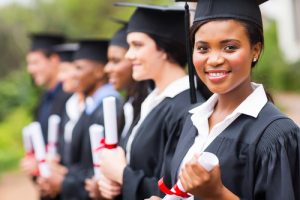 “Today we were able to deliver more certainty to families who lose a loved one due to their military service,” said Sen. Moran, ranking member of the U.S. Senate Veterans’ Affairs Committee, following the bill signing ceremony on Nov. 30.

The Colonel John M. McHugh Tuition Fairness for Survivors Act of 2021, S. 1095, which Sen. Moran introduced in April with lead original cosponsor U.S. Sen. Jon Tester (D-MT), requires the U.S. Department of Veterans Affairs (VA) to disapprove courses of education provided by public institutions of higher learning if they charge a higher rate for tuition and fees than in-state tuition for individuals who are entitled to educational assistance under the Survivors’ and Dependents’ Educational Assistance (DEA) program, according to the congressional record bill summary.

“Military service is family service, and this country has made a commitment to care for the families of fallen service members,” Sen. Moran said. “This sensible law will allow the surviving families of fallen service members to receive the education benefits their family earned through their service to this nation and greatly lessen the financial burden on their dependents, to attend school.”

Sen. Moran named the bill to honor U.S. Army Col. John McHugh, who was killed in Kabul, Afghanistan, in 2010 while he and his family were stationed at Fort Leavenworth in Kansas. His daughter, Kelly McHugh, was attending Kansas State University at the time of his death.

“We can’t thank Senators Moran and Tester enough for their work in getting this bill passed,” said Kelly McHugh, who joined them during the bill signing ceremony. “Education was important to our father, so having his name attached to a bill that will assist other Gold Star families as they pursue their college educations is a huge honor.”