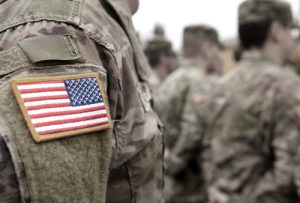 The U.S. Senate on June 16 voted 84-14 to approve a bipartisan bill supported by U.S. Sen. Jerry Moran (R-KS) to provide comprehensive relief from toxic exposures for all generations of United States military veterans — from Agent Orange to the 3.5 million post-9/11 veterans exposed to burn pits during their deployments.

“No longer can we ignore the wounds of war from toxic exposures. Veterans suffering from toxic exposures have been relying on a broken system cobbled together through decades of patchwork fixes that often leaves them without health care or benefits,” Sen. Moran said following the chamber’s vote. “Today, the Senate took a consequential step to right this wrong by passing [this bill]. Our nation’s veterans and their families will no longer have to fear being turned away from the VA for illnesses related to toxic exposures.”

The Senate-amended Sergeant First Class (SFC) Heath Robinson Honoring Our Promise to Address Comprehensive Toxics (PACT) Act of 2022, also known as the Honoring Our PACT Act, H.R. 3967, now heads back to the U.S. House of Representatives, which approved the measure in March.

“Thank you to Heath Robinson’s family and all the veterans and advocates for their input and commitment to get this long-overdue bill passed through the Senate,” said Sen. Moran. “I urge the House to quickly pass the SFC Heath Robinson Honoring Our PACT Act and send it to the president’s desk to be signed into law.”

The bill addresses health care, the presumption of service connection, research, resources, and other matters related to veterans who were exposed to toxic substances during military service, and provides eligibility for U.S. Department of Veterans Affairs (VA) medical care, including mental health services and counseling, to veterans who participated in a toxic exposure risk activity, served in specific locations on specified dates, or deployed in support of a specified contingency operation, according to the congressional record bill summary.

Sen. Moran’s office noted that the bill will deliver all generations of toxic-exposed veterans their earned health care and benefits under the VA for the first time in the nation’s history. For more than a year, Sen. Moran and U.S. Sen. Jon Tester (D-MT), the ranking member and chairman of the U.S. Senate Veterans’ Affairs Committee, respectively, led negotiations between Democrats, Republicans, U.S. House Veterans’ Affairs Committee leaders, the Biden administration, Veterans Service Organizations, and advocates to get the bill passed.

It is named for SFC Heath Robinson, who deployed to Kosovo and Iraq with the Ohio National Guard and died in 2020 from toxic exposure as a result of his military service.