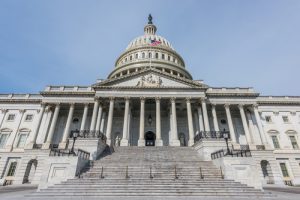 U.S. Reps. John Moolenaar and Bill Huizenga voted for the three-bill, $145.4 billion spending package, the Energy and Water, Legislative Branch, and Military Construction and Veterans Affairs Appropriations Act of 2019. Approved by the House on a bipartisan 235-179 vote, the measure now heads to the U.S. Senate.

Among numerous provisions, the proposal would provide more than $71 billion for medical care at the VA, including $8.6 billion in mental health care services; $196 million in suicide prevention outreach activities; $589 million for traumatic brain injury treatment; $387 million for opioid abuse prevention; and $270 million in rural health initiatives, according to a summary released by Rep. Moolenaar’s staff.

“Some veterans face challenges when they return to civilian life, including mental health and the opioid crisis,” said Rep. Moolenaar, a member of the House Appropriations Committee. “This bill gives the VA more resources to help them receive the care they earned defending our country.”

The proposed bill also would authorize $1.6 billion from the Harbor Maintenance Trust Fund to be used by the Army Corps to dredge harbors and maintain breakwalls in Michigan and other parts of the United States, according to Rep. Moolenaar’s summary.

Rep. Huizenga pointed out that having properly dredged ports and harbors stands to spur economic growth and job creation in several Michigan towns and dozens of lakeshore communities, as well as hundreds of others around the nation.

“I look forward to continuing to lead this bipartisan effort to hold Washington accountable and significantly increase our ability to export more “Made in Michigan” and “Made in America” products,” the congressman said.

Additionally, the pending legislation would require quarterly briefings from the Army Corps detailing for Congress how the invasive Asian carp species would be prevented from entering the Great Lakes.

“This legislation will hold the Army Corps accountable in the fight against invasive species, help develop Michigan harbors, and allow Michigan residents to enjoy our rivers and lakes,” Rep. Moolenaar said.

Finally, according to the lawmaker’s summary, the funding bill would provide $75 million in FY 2019 funds for the Michigan State University-based Facility for Rare Isotope Beams, which Rep. Moolenaar said “is bringing talented workers and good-paying jobs to our region and its pioneering research will benefit all of us.”