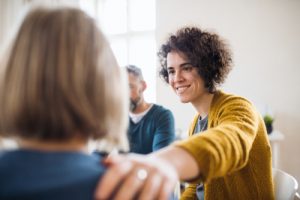 The Mental Health Reform Reauthorization Act of 2022, S. 4170, which is cosponsored by U.S. Sen. Christopher Murphy (D-CT), would reauthorize the federal mental health and substance use disorder programs that were signed into law in 2016 as part of the lawmakers’ Mental Health Reform Act.

If enacted, S. 4170 also would address COVID-19’s impact on the national mental health crisis, especially among children, by building upon the 2016 legislation to improve and expand those programs, according to a bill summary provided by Sen. Cassidy’s staff.

“We all have loved ones affected by mental illness. The pandemic intensified our mental health crisis, especially amongst our children,” Sen. Cassidy said. “Our bill preserves and improves upon the resources that have been a lifeline to so many Americans over the past five years.”

“Our new bill goes further than just reauthorization,” said Sen. Murphy. “It doubles down on strengthening parity protections and expanding access to pediatric mental health. There’s no time to waste.”