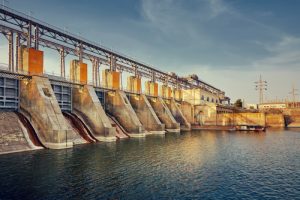 Rep. McMorris Rodgers sponsored the Hydropower Clean Energy Future Act, H.R. 7410, with original cosponsor U.S. Rep. Dan Newhouse (R-WA), which would deem hydropower a renewable resource needed for all federal programs and an essential source of energy in the United States, according to the text of the bill.

If enacted, H.R. 7410 would update federal renewable purchase requirements to include hydropower; designate the Federal Energy Regulatory Commission as the lead agency for all federal authorizations and reviews; provide special licensing terms for small hydropower projects; and would encourage “proper compensation” for all services that hydropower provides to the electric grid, including grid reliability and the integration of renewables, among other provisions.

“The way we solve the climate crisis is through free-market technological innovation, and in addition to expanding hydropower resources, this legislation supports the development of next-generation hydro technology that can increase clean energy production and further decrease environmental impact,” said Rep. McMorris Rodgers.