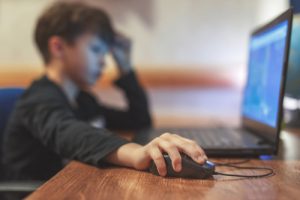 U.S. Reps. Cathy McMorris Rodgers (R-WA) and Bob Latta (R-OH) are interested in any documents and related information regarding internal research or study conducted by Google on the effect its products, including YouTube, have on the mental health of America’s children.

For instance, the lawmakers asked Pichai to provide any internal research or study Google has conducted on the effect Google’s products have on the health and well-being of children, including risks of child exploitation and trafficking, as well as any internal communications, including memorandums, emails, or other internal communications among Google employees, including outside contractors, related to the effect of Google’s products on children’s mental health for ages under 13, ages 13-18, and for those over age 18, according to a March 30 letter the members sent to the Google CEO.

Additionally, among several other questions, the members requested that Pichai “identify any outside entity Google has contracted with, is in the process of contracting with, or has plans to contract with to conduct research or produce studies on the effect Google’s products have on users’ mental health” for each of the same age ranges, according to their letter.

The lawmakers requested that Pichai respond to their inquiries no later than April 16.