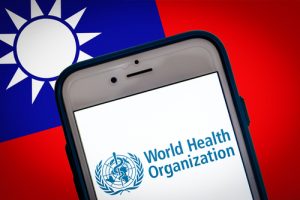 Taiwan’s observer status will be restored in the World Health Organization (WHO) under a bipartisan bill from U.S. Rep. Young Kim (R-CA) that President Joe Biden signed into law on May 13.

“A threat to freedom anywhere is a threat to freedom everywhere, and while this is an exciting step forward, the fight is not over,” Rep. Kim said. “I will always be an unwavering voice for global human rights and freedom.”

The newly signed S. 812, which was introduced in March 2021 by U.S. Sens. James Inhofe (R-OK) and Bob Menendez (D-NJ), is the identical bill to H.R. 1145, which Rep. Kim sponsored in February 2021 with lead original cosponsor U.S. Rep. Brad Sherman (D-CA). The congresswoman’s bill garnered a total of 128 cosponsors.

Taiwan had observer status from 2009 until 2017 when it was revoked due to pressure from the People’s Republic of China, which has opposed Taiwan’s participation in the WHO’s World Health Assembly (WHA).

The new law directs the U.S. State Department to include additional information in its annual reports concerning Taiwan’s participation at the WHA as an observer. The report will describe changes and improvements to the State Department’s plan to support Taiwan’s observer status at the WHA, following any meetings at which Taiwan did not participate under such status, according to the congressional record bill summary.

“U.S. support for Taiwan is more important than ever as we see Chinese government officials eye an invasion of Taiwan amid the Russian Federation’s unprovoked war against a free and sovereign Ukraine,” said Rep. Kim. “Taiwan has proven time and time again to be a trusted ally of the United States and a world leader in global health security, and today we can officially send a united message that the United States values Taiwan’s input and will work to give them a seat at the table.”