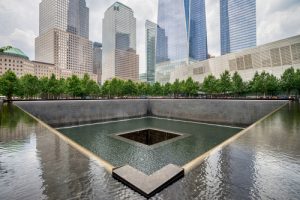 U.S. House Homeland Security Committee Ranking Member John Katko (R-NY) on Sept. 10 sponsored a bipartisan bill that would provide a one-time grant for the operation, security and maintenance of the National September 11 Memorial & Museum at the World Trade Center in New York City.

“Twenty years later, we remember the lives that were so senselessly lost in the most significant terrorist attack on our soil,” Rep. Katko said. “We remember the first responders who ran toward danger without hesitation and the heroes who sacrificed their lives to save others.”

“We must also remember the consequences of that day and the importance of educating younger generations on the American resilience and resolve we saw in the weeks, months, and years following the attacks,” he added. “I am proud to work with my colleagues to ensure we never forget the lessons learned on that fateful day.”

Education and remembrance are two of the primary missions of the National September 11 Memorial & Museum, which was established to commemorate the events and honor the victims of the terrorist attacks on Sept. 11, 2001, according to Rep. Katko, who introduced the 9/11 Memorial and Museum Act, H.R. 5230, with 38 original cosponsors, including U.S. Reps. Andrew Garbarino (R-NY), Peter Meijer (R-MI), Michael McCaul (R-TX), and Bennie Thompson (D-MS).

If enacted, H.R. 5230 would require the U.S. Secretary of the Department of Homeland Security to provide a one-time grant — totaling not less than $5 million or more than $10 million — to the 9/11 Memorial & Museum to maintain its facilities and grounds, according to the text of the bill.

H.R. 5230 has been referred to the U.S. House Natural Resources Committee for consideration.